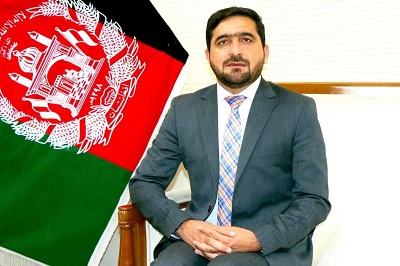 Mr. Popal Habibi has more than 15 years of rich experience working within the Afghan Government, ‎NGOs and International Organizations. He has pursued his Master Degree in Applied Community ‎Development at the Future Generation University from the United States of America. He also holds an ‎Executive MBA from Preston University, Pakistan as well as MD in General Medicine from Nangarhar ‎University. ‎

Prior to his appointment as Deputy Minister for Programs at the Ministry of Rural Rehabilitation and ‎Development (MRRD), Mr. Habibi served as Negotiation Technical Advisor of the Afghan Government ‎Peace Negotiations, Head of Executive Secretariat at Joint Commission for Peace Agreement as well as ‎Deputy for Operations and Acting Head of Executive Secretariat in High Peace Council (HPC).‎